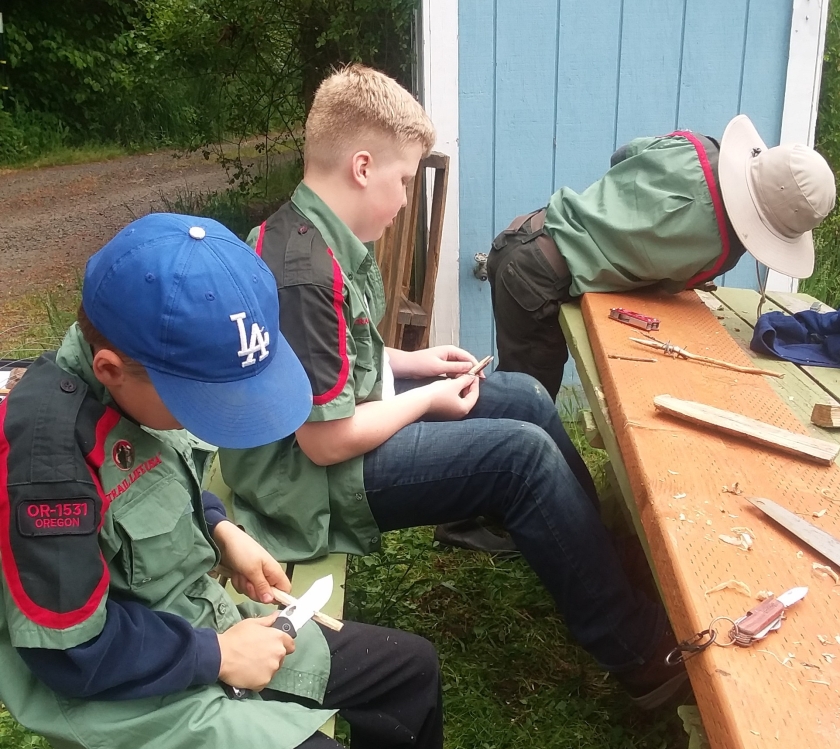 Trailmen enjoyed a day of sunshine to hone their sports and outdoor skills.  Trailmen led the prayer, pledge and oath to begin the morning and then immediately set about buliding a fire – an outdoor skill always needing to be practiced and refreshed.  After a fair amount of tinder and kindling was gathered (close examination was made of the various mosses and lichen) a blaze was quickly set.  The next step for the boys was preparing the “Trailman Stew” – a staple of the May adventure.  The Trailmen did all the work, placed the dutchover in the coals and then moved to the field. 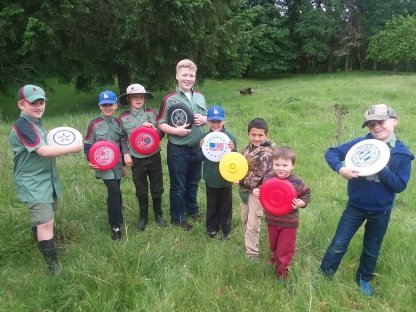 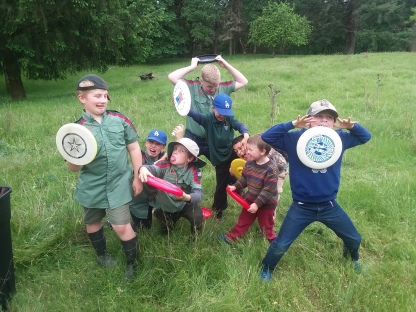 A frisbee golf course waas waiting for the Trailmen, but before they were able to begin the course and fill out their score cards there was a brief lesson on “unusual sports.”  They boys went around giving examples of sports not a common as the big …five?….(Baseball, Football, Basketball, Soccer, Hockey, maybe Tennis and Golf).  The most unusal example was Underwater Hockey – which does exist.  We discussed what virtues are learnt and positive attributes gained playing sports (patience, sportsmanship, physical fitness, fortitude, courage, integrity) and specifically frisbee golf.  The rules of the game were explained and by the end of the course each Trailmen knew what a bogey, par, and birde was.  They also had fun!

After a breif visit to the stew, the Trailmen went to the next station – edged tools.  Before them were laid out all sorts of tools – including an axe, saw, clippers, hatchets, chisel, shovel, machette, knife.  Each was discussed, safety was considered, and the project set before them.  While Trailmen, one at a time, went to a separate area to split some wood, the remaining boys had a tutorial on whittling and began making utensils.  They would be eating their Trailman stew with whatever they were able to make.  An interesting panoply of  spoons and forks eventually took shape. 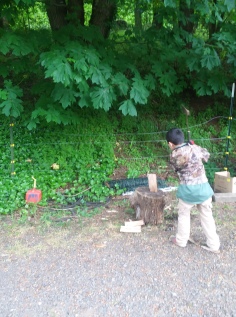 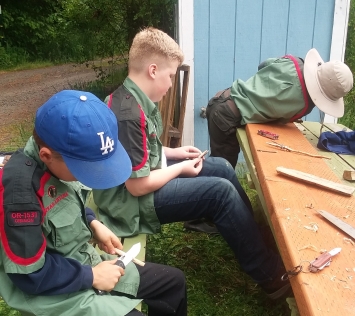 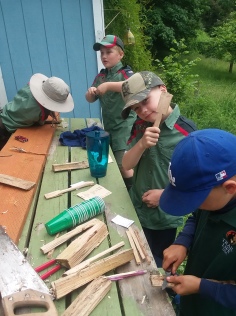 Towards the end of the event the Troop moved back to the fire and enjoyed their meal.  An improptu three cheers for Trailman Stew was given, followed by a debate as to whether this or last year’s stew was the best.  After marshmallows and a quick game of baseball parents began to arrive, so it was time for a closing prayer.  On this last day of the Easter Season the Troop prayed the Regina Caoli.

Queen of Heaven, rejoice, alleluia. / For He whom you did merit to bear, alleluia.

Rejoice and be glad, O Virgin Mary, alleluia. / For the Lord has truly risen, alleluia.

Let us pray. O God, who gave joy to the world through the resurrection of Thy Son, our Lord Jesus Christ, grant we beseech Thee, that through the intercession of the Virgin Mary, His Mother, we may obtain the joys of everlasting life. Through the same Christ our Lord. Amen