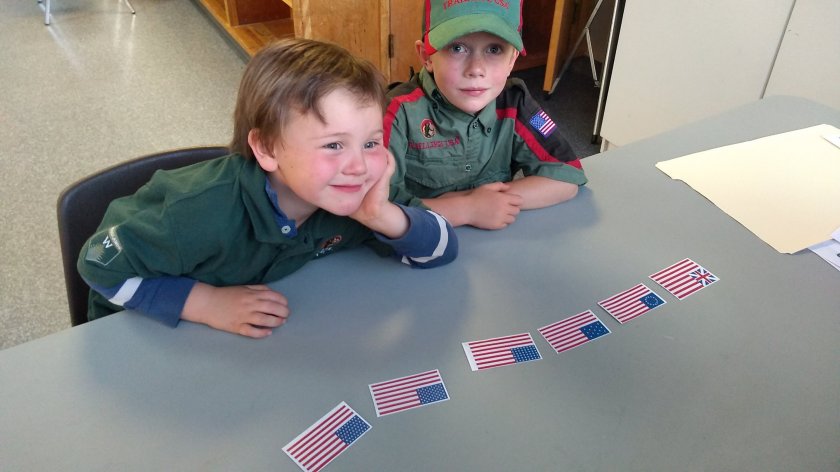 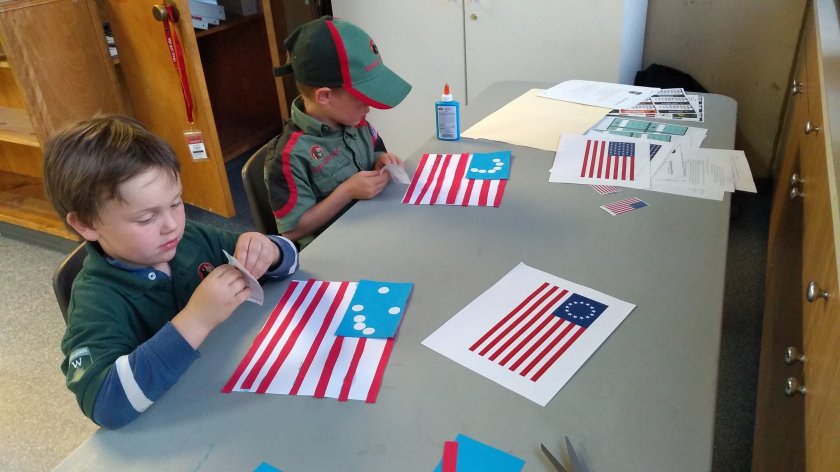 The first meeting of a new year is always exciting, and this year was no exception.  First, Troop OR-1531 was move to better accommodations, with two rooms, storage, and access to the gym.  Second, the Trailmen began with the Flag, the symbol of our nation that the boys have learned to respect over the years at Trail Life.

The Trailmen gained a basic knowledge of the history and proper display of the United States flag. While the younger fox patrol spent time on the flag (and how it evolved), the Hawks and Mountain Lions learned how to properly respect and display the flag through practice of the flag ceremony and taking turns folding the flag.

During the Troop meeting, the Ranger taught the Trailmen what the US Flag currently looks like along with ways it has changed throughout the years. The Trailmen also learned the meanings of the colors, stripes, and stars of the flag along with how to properly fold the flag. Trail Guides will also teach the Trailmen about the various parts and commands of a flag ceremony and the Pledge of Allegiance. 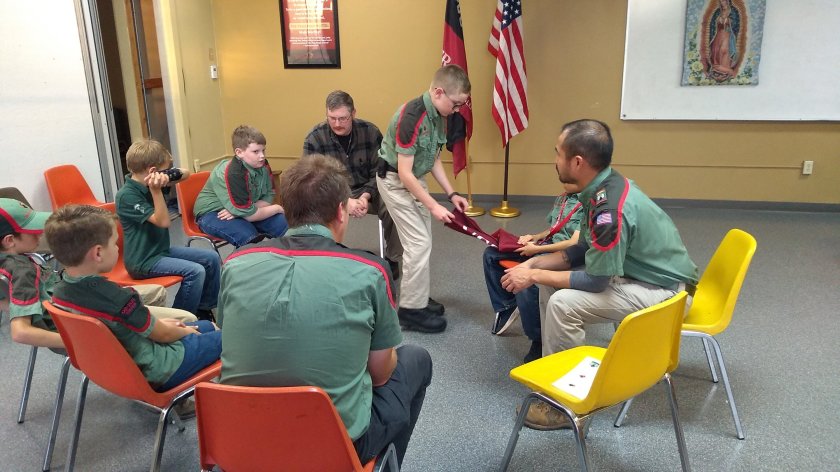